Meike studied ceramics at the “Arts and Crafts Institute” in Malines (Belgium). Since 1982 she has been working intensively in her own studio. Her wheel-made pottery is of a clear and sober plainness and at the same time of an authentic shape. Every creation is hand-made, signed and dated.

She uses the old Japanese raku technique, in which fire, smoke and water play a refined game with the clay and glaze.

In the last few years she has built up an international reputation through exhibitions in Belgium, The Netherlands, Germany,

In 1988, she was one of the artists selected by VIZO, Flanders Craft Council. In 1990 she won the prize for ceramics of the town of Maaseik (Belgium). In 1991she was selected for the Challenge Ceramics Award in New Zealand. In 1994 she represented the Flemish Arts and Crafts in Lisbon, Cultural Capital’ 94 (VIZO) and she was also selected for the H. Van de Velde-award: “Best Product ‘94” (VIZO). Moreover she was titled “Ceramist of the year ‘94” in Bruges (Belgium).

Sort by:
Best sellers Relevance Name, A to Z Name, Z to A Price, low to high Price, high to low
Showing 1-3 of 3 item(s) 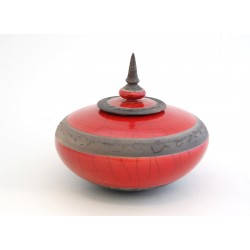 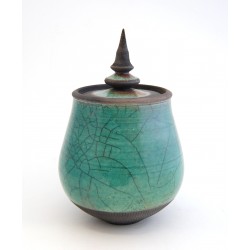 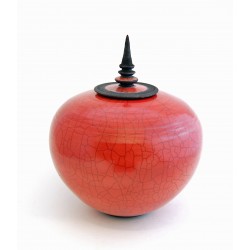