Landscape artist Richard Clare is known for his colourful and dynamic paintings of the northern landscape of England, urban Manchester, Italy and France. Many paintings are created from memory or sketches, using colours not normally associated with the British landscape. Many people believe they depict the landscape better than real life. “Several people have come up to me during previews and said that they know exactly where that view is, although I have created it from memory and I find that amazing” says Richard. “After seeing my paintings they start to see the landscape with a fresh perspective”.

For Richard the final picture is only one part of the painting process, since he spends a lot of time walking and sketching the landscape, soaking up the atmosphere. Back in the studio, inspired by these sketches and his emotions he paints very quickly to get them down on canvas. Despite being colour blind, he sees this as an advantage and not a disability. “Sometimes I feel like I am missing out on colours what most people can see so I create my own little world of colour in my paintings”.

He has received media attention in national magazines, and in 2006 became a Finalist in an art competition organised by International Artist Magazine - an art magazine that is sold all over the world. In 2001 he was a prize winner in The Laing National Landscape Painting Competition. In 2008, he was featured in the June/July issue of International Artist Magazine. Richard’s paintings are included in many private collections throughout Britain and more recently in France, Italy, Spain, China, America and Australia. 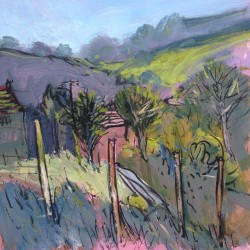 Barn in the trees 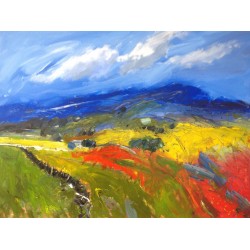 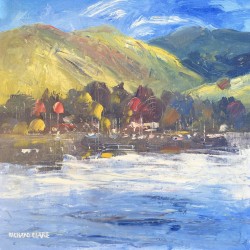 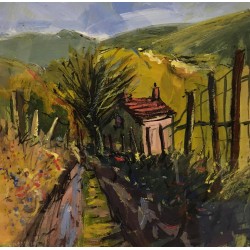 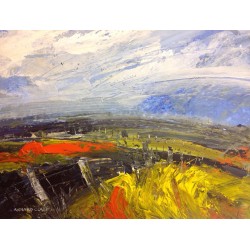 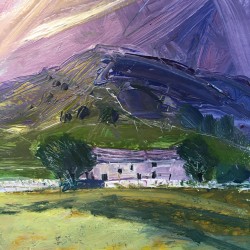 Sunsetting over the Hills 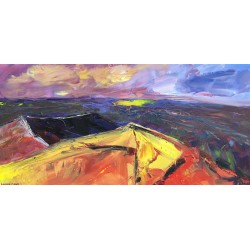 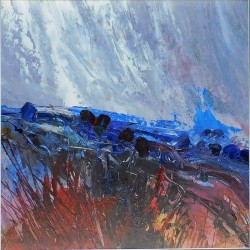