David Cemmick has been a freelance artist since his first sell-out solo exhibition in 1974, at the age of nineteen. Over the past four decades he has travelled extensively, gathering field experience and documenting scientific expeditions in some of the world’s remotest habitats. He has painted the ethno medicinal plants of Madagascar for Dr David Bellamy’s Conservation Foundation, illustrated two books focusing on the endangered Kakapo Parrot and Black Robin and the ground breaking conservation work of the New Zealand Wildlife Service and studied coral and fish communities on Jamaica’s Morant Cays coral atoll, whilst painting under water.

These, and many other field expeditions, have helped fuel his deep respect and fascination for the animal world and given him the thirst to make ‘art’ from what he has seen in nature. From field sketch to finished painting, sculptures in bronze and clay, figurative sculptures and café sketches, this site explores the broad spectrum of David’s work.

Living just outside the Lake District National Park, in the foothills of the Cumbrian Pennines of England, David is constantly inspired by the changing dramatic landscape and the abundance of nature he sees every day. 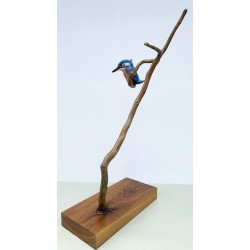 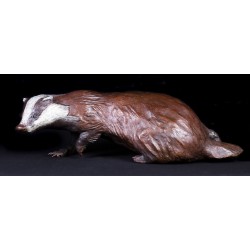