Elaine originally trained at Liverpool Art School, Liverpool Polytechnic (now LJMU) and graduated with a BA Hons in Graphic Design and a PGCE in Art and Design. After a 25 year career as an Art teacher and sessional lecturer, she now pursues her own work and enjoys the challenges of a rugged and windswept landscape or coastline, and the fleeting effects of light on colour which impacts strongly on her work in both felt and paint.

Her work primarily draws inspiration from the foreshores and estuaries around the west of Britain and the untamed landscape of Cumbria, Snowdonia, the Peak District and British moorland. She sets out to record the patterns and textures of the land created by changing tides, weather and light as the land is reshaped and reclaimed.

Working initially in sketchpads, she begins with drawings and colour references on site, developing this work back in the studio using British and Norwegian pure wools, flax, linen and silks.  Her work also includes paintings which stand alongside the ‘painterly’ fibre work to provide the viewer with greater insight into her relationship with the great British landscape

Sort by:
Best sellers Relevance Name, A to Z Name, Z to A Price, low to high Price, high to low
Showing 1-8 of 8 item(s) 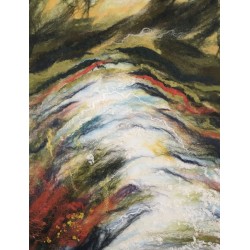 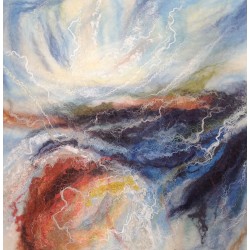 Into the Sea I 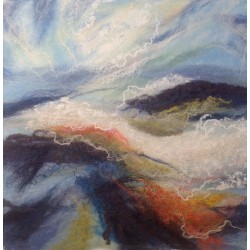 Into the Sea II 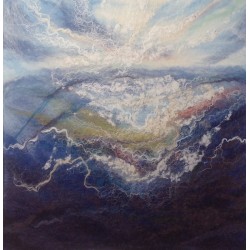 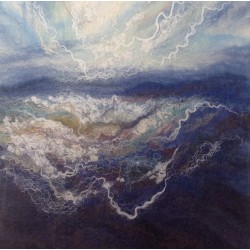 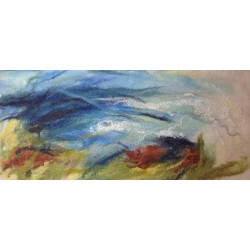 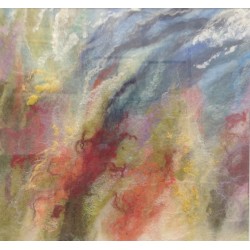 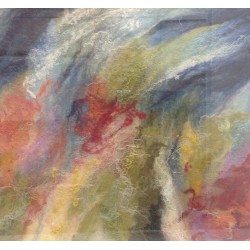